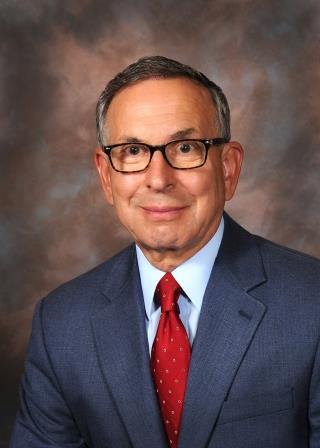 Jewish Social Services established the Levy Summer Series in 2013 with the generous support of Jeffrey C. Levy. We continue this partnership to bring you this years’ six-part program series. It is an opportunity to lifelong learners to interact with scholars, artists, and community leaders over a broad range of topics of interest.
Meeting in June, July and August, the series is held at Nakoma Country Club, 4145 Country Club Road in Madison and consists of six high-quality programs tied by a common theme, chosen each year by a committee of volunteers and staff.  The programs are followed by an elegant lunch at a reasonable cost.  Scholarships are available. We look forward to seeing all of you at this years’ Levy Summer Series!

Madison businessman Jeffrey C. Levy is co-owner of Phillips Distributing. Jeff is a member of
Temple Beth El and Beth Israel Center. He serves on several community foundation boards
including United Way, Meriter-Unity Point, and Olbrich Botanical Gardens. Jeff and his family
have been committed supporters of Jewish Social Services for many years.
With his generous support, Jewish Social Services is moving into its eighth year of Levy
Summer Series programming.

Harry H. Handler
Harry is a member of the History Dept. Board of Visitors and
holds degrees in History and Political Science from the
University of Wisconsin-Madison. A frequent lecturer on
WWII and 9/11, he is an executive in finance by day, but
says that history is his first love.

Cindy Schweich Handler
Cindy graduated from the Medill School of Journalism at
Northwestern University. She is an editor and writer at The
Record/Northjersey.com, properties of the USA Today
Network, and her work has appeared in The New York
Times, Washington Post, Newsweek and other publications.

Who defines the values that characterize a nation? To Fritz Oppenheimer, a scion
of a Jewish banking family, soldier for the Kaiser and international lawyer in Berlin,
Germany represented culture, opportunity and the rule of law. After the Nazis seized
power, he fled his homeland, entered basic training in the U.S. and rose in the ranks to
become Gen. Eisenhower’s legal advisor. In that capacity, he led post-war efforts to
denazify the U.S. Zone, and in a rare reversal of fortune, rewrote the laws to set his native
country back on a path to democracy.
Drawing on his contemporaneous WWI diary, hundreds of letters, original WWII
documents taken from Hitler’s bunker and interviews with experts, the Handlers are
writing a book about Oppenheimer, who was Harry’s grandfather.

“Think Least of Death: Spinoza on How to Live and How to Die”

Steven Nadler is Vilas Research Professor and the William
H. Hay II Professor of Philosophy at the University of
Wisconsin-Madison, where he has been teaching since 1988.
Besides Think Least of Death: Spinoza on How to Live and
How to Die, his many books include Spinoza: A Life, winner
of the Koret Jewish Book Award, and Rembrandt’s Jews,
which was named a finalist for the Pulitzer Prize.

The twenty-three year old Bento (Baruch) Spinoza was
“excommunicated” from the Amsterdam Portuguese-Jewish
community over 350 years ago, for his “abominable heresies”
and “monstrous deeds”. He would go on to become one of
the most important philosophers in history. Though best
known for his radical (and probably atheistic) views on God and nature, his main project
was moral: providing an account of how best to live. In this presentation, we will
consider some of Spinoza’s ethical views on living well and how to flourish as a human
being, as well as on how to face our mortality. In this way, we can see why a philosopher
from the seventeenth century is still relevant for us today.

“Wanderings in the Land of Loss”

An Iowa native, Lawrence Tabak was
educated at Northwestern University and the
University of Iowa. He has been publishing
since his student days, with a long list of
credits that include The New York Times,
Fast Company, Salon, The American Prospect
and The Atlantic Monthly. His work includes
IN REAL LIFE, a YA novel published in
2014 and FOXCONNED, an exposé on U.S.
economic development policy published last
year by the University of Chicago Press.
FOXCONNED received the Council of Wisconsin Writers 2021 award for best
nonfiction book by a Wisconsin writer. He has lived in Madison since 1997, where he
and Diane raised two boys.

On April 22, 2018 we lost our younger son, Zachary, then 26, in a car/pedestrian
accident. Grief riven, my wife Diane and I, along with my older brother and his wife,
decided to go ahead with a long-planned visit to my grandfather’s shtetl in eastern Poland.
We would be the first descendants to return. This sad trip became the subject of an essay
that was co-published in the Delacorte Review of the Columbia School of Journalism and
Moment Magazine this past January. This talk revolves around that trip and my current
related book project.